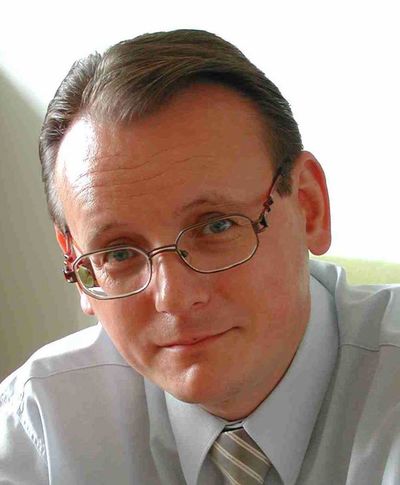 Mgr. art. PAVOL JANIK, PhD., (magister artis et philosophiae doctor) was born in 1956 in Bratislava, where he also studied film and television dramaturgy and scriptwriting at the Drama Faculty of the Academy of Performing Arts (VSMU). He has worked at the Ministry of Culture (1983–1987), in the media and in advertising. President of the Slovak Writers’ Society (2003–2007), Secretary-General of the Slovak Writers’ Society (1998–2003, 2007–2013), Editor-in-Chief of the Slovak literary weekly Literarny tyzdennik (2010–2013). Honorary Member of the Union of Czech Writers (from 2000), Member of the Editorial Board of the weekly of the UCW Obrys-Kmen (2004–2014), Member of the Editorial Board of the weekly of the UCW Literatura – Umeni – Kultura (from 2014). Member of the Writers Club International (from 2004). Member of the Poetas del Mundo (from 2015). Member of the World Poets Society (from 2016). Director of the Writers Capital International Foundation for Slovakia and the Czech Republic (2016–2017). Chief Representative of the World Nation Writers’ Union in Slovakia (from 2016). Ambassador of the Worldwide Peace Organization (Organizacion Para la Paz Mundial) in Slovakia (from 2018). Member of the Board of the International Writers Association (IWA BOGDANI) (from 2019). He has received a number of awards for his literary and advertising work both in his own country and abroad.

This virtuoso of Slovak literature, Pavol Janik, is a poet, dramatist, prose writer, translator, publicist and copywriter. His literary activities focus mainly on poetry. Even his first book of poems Unconfirmed Reports (1981) attracted the attention of the leading authorities in Slovak literary circles. He presented himself as a plain-spoken poet with a spontaneous manner of poetic expression and an inclination for irony directed not only at others, but also at himself. This style has become typical of all his work, which in spite of its critical character has also acquired a humorous, even bizarre dimension. His manner of expression is becoming terse to the point of being aphoristic. It is thus perfectly natural that Pavol Janik’s literary interests should come to embrace aphorisms founded on a shift of meaning in the form of puns. In his work he is gradually raising some very disturbing questions and pointing to serious problems concerning the further development of humankind, while all the time widening his range of themes and styles. Literary experts liken Janik’s poetic virtuosity to that in the work of Miroslav Valek, while in the opinion of the Russian poet, translator and literary critic, Natalia Shvedova, Valek is more profound and Janik more inventive. He has translated in poetic form several collections of poetry and written works of drama with elements of the style of the Theatre of the Absurd.

Do you want to make a hole in the world?

The world is full of holes.

And yet nothing goes through it.

Only you became smaller.

Do you hear that noise?

It lasts and sometimes

pretends it is a speech.

That is that wisdom.

With it you like to make a hole in the world.

You suffer only because of

Peace is not female emotionalisam.

Peace is a battle.

Peace is waiting for its opportunity

Do you want peace?

It will come to you

in a few seconds.

With a move of arm

you break the sky.

Your admirers, to death to you devoted,

There is so many of them,

only archive can know them

And how many more will you charm?!

You want some more glory

to add to your tribute,

at least a poem,

the deflection of loud defile.

I am honored, my

For us is enough to insert moon into twilight,

not routinely, like a coin into the slot machine,

and conosours of beauty are trembling in admiration

We are closer to Zenith

of course light as baloons.

We sing about its monumental emptiness.

We already envy our own past.

You need to be a member of vocealiterara to add comments!

This reply was deleted.